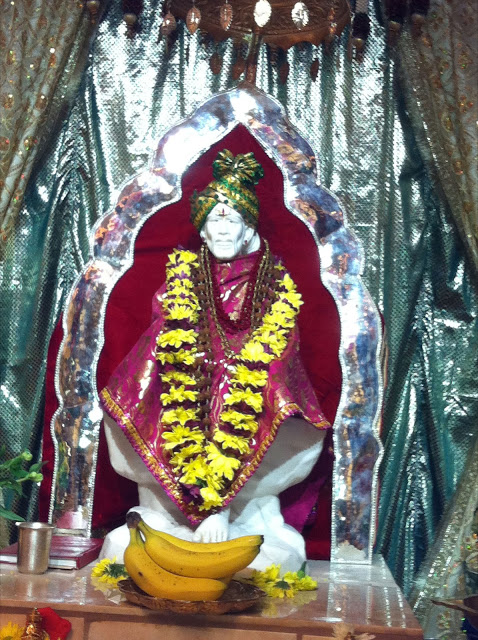 Our faith is based on Shri Sai Baba’s 11 Assurances/Teachings.

Connecticut’s first ever Shirdi Sai Baba Temple was inaugurated on Nov 27, 2009. 2ft. tall Sai Baba statue was installed on the same day. The Temple is currently operating in a rental place. The efforts are underway to acquire the land to build a permanent temple.

This temple was started by Sai devotees with a motive to unite together as a community to do Satsang and Sai Seva. OM foundation was founded on Oct 10, 2008 a Vijayadasami day when couple of Sai devotees expressed their love for having a satsang. First Satsang was held on Nov 15, 2008 and several devotees participated. Sai devotees supported many Satsang events and Guru Purnima event between Nov 2008 and Oct 2009.

Out Temple has Prayer Hall and Dwarakamayi in its premises. There is a publications stall where devotees can buy books and CDs related to Baba. The stall also has Baba idols for purchase.

The Vision of this Temple is to expand and build a larger temple in the Connecticut and to facilitate worship and services.

Our pledge on Donations